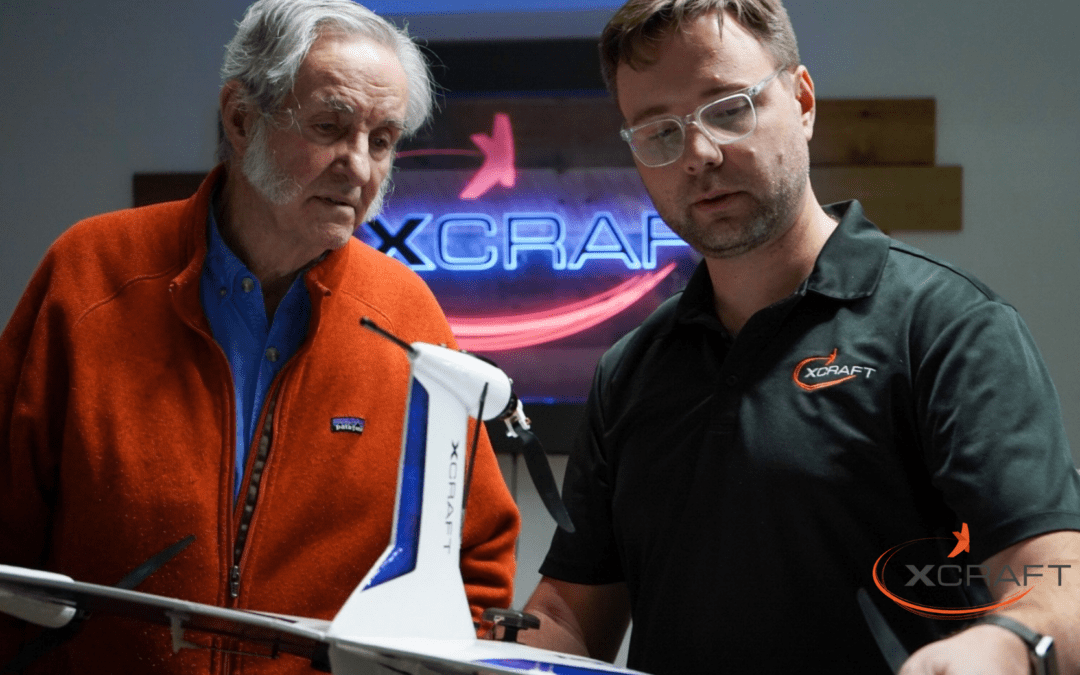 Nearly 2 decades before Jeff Bezos and Richard Branson were blasting off to space in each of their respective spacecrafts, one man was paving the way for the future of private space travel.

Known around the world as one of the most influential industrial designers and aviation pioneers in history, Burt Rutan has been building and designing aircraft for over 50 years.

In 2018, xCraft was honored to welcome Mr. Rutan onto their team to act as an advisor on future projects.

Burt Rutan began his career in aviation as a civilian Flight Test Project Engineer for the Air Force in the latter half of the 60’s. He began his own venture, the Rutan Aircraft Factory, in 1974 and quickly set about designing and building a dozen aircrafts, each equally groundbreaking in their design and capabilities.

In 1982, Rutan started Scaled Composites, a new aerospace design company that was eventually acquired by Northrop Grumman in 2007.

In 1986, Rutan designed The Voyager, which became the world’s first aircraft to circumnavigate the globe without having to stop or refuel. The flight of The Voyager was recognized by President Ronald Reagan who awarded Rutan with the Presidential Citizens Medal.

While at Scaled, Rutan designed, built, and launched the first ever privately funded, reusable spacecraft, the SpaceShipOne, in 2004. The project was funded by Microsoft co-founder, Paul Allen, and won Rutan the $10M Ansari X Prize.

Burt Rutan was also enshrined in The National Aviation Hall of Fame in 1995. He has won the Charles A. Lindbergh Award, two Collier Trophies, and been included on Time Magazine’s “100 most influential people in the world”.

Creativity and unique designs have been a Burt Rutan staple for half a century now.

“When there’s ever a breakthrough, a true breakthrough, you can go back and find a time period when the consensus was ‘well, that’s nonsense!’ So what that means is that a true creative researcher has to have confidence in nonsense.” -Burt Rutan

XCraft admires Burt’s confidence and creativity. We’ve made it our goal to mirror those qualities with every drone we design.

Individually, both Burt and xCraft have always tried to build powerful designs that break the molds of the aerospace industry. This partnership has allowed each of us the opportunity to scratch that itch and design aircraft that will truly shape our world’s future – together.

We’re honored and blessed to have Burt’s wisdom, his expertise, and his friendship as we journey to reshape the industry as we know it today.