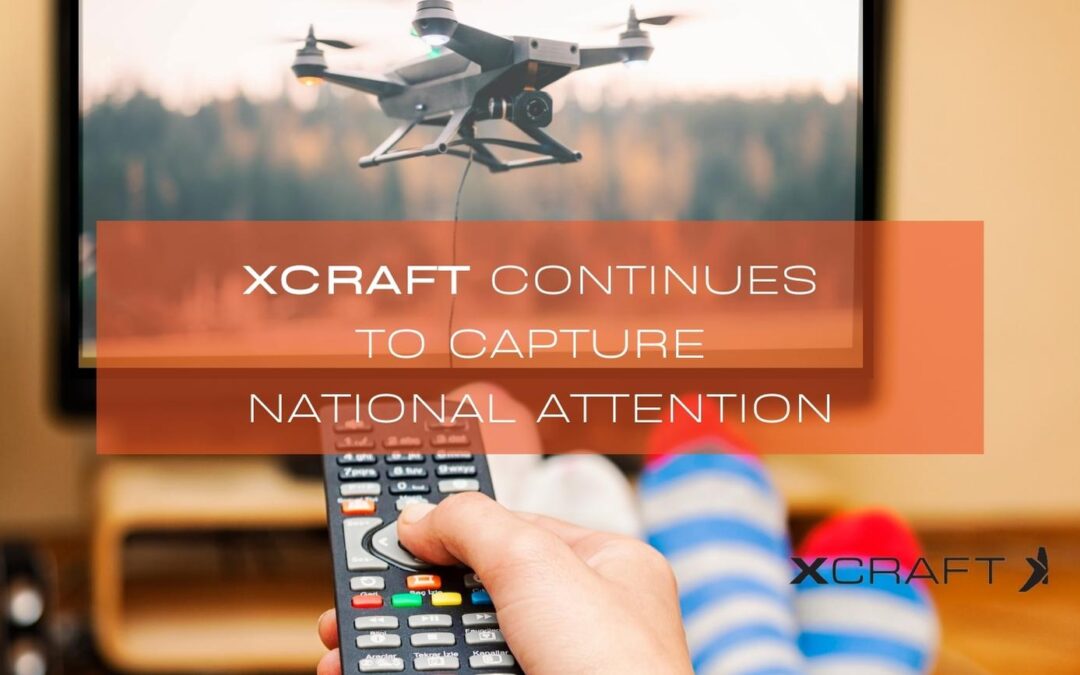 xCraft first gained national attention in 2015 when it managed to attract all five of the investors on Shark Tank to invest in what was then a start-up that created xCraft’s first drone, the XPlusOne. Things haven’t slowed down for xCraft since then.  In fact, exciting changes are on the horizon thanks to some incredible connections and groundbreaking advancements in our internal research and development.

Since our Shark Tank appearance, xCraft has been dubbed “America’s Drone Company”–a moniker we happily embrace, particularly in light of the vast increase in international competitors in the drone industry. Specifically, we’re proud to distinguish our drones from those coming out of China that has recently caught the attention of government officials for presenting security risks to American industry and U.S. defense. xCraft drones are proud to be completely designed and manufactured in the U.S.A. at its facility in northern Idaho.

Last month, xCraft had the unusual opportunity to appear twice on national television, showing up on a re-airing of its 2015 appearance on Shark Tank, as well as being featured in Episode 322 of Bloomberg Television’s “World’s Greatest…” Series.

“World’s Greatest!…” is an award-winning national television series produced by How2Media  that has been airing since 2007 on the Bloomberg Television Network. It showcases people, places, products, and companies all around the world that it believes are “the world’s greatest” in virtually any field, from agriculture to cosmetics, from food to real estate. It gives viewers behind-the-scenes information and insight, with footage and interviews of the key players who are working to create the world’s greatest of anything–in this case, the world’s greatest unmanned aerial vehicles.

At xCraft, we are extremely honored to have been recognized as one of the “World’s Greatest…” , but we’ll try not to let it go to our heads! If you caught us on television back in June, we hope you enjoyed this rare glimpse into the workings of the xCraft laboratory, and how we are striving to make even the wildest drone technology dreams into reality.

If you would like more information about xCraft, whether as an investment or how our drones are used for mapping, surveying, public safety, security, mining, marketing, construction, or other uses, contact xCraft today.