The Use of Drones in the Ukraine-Russia Conflict 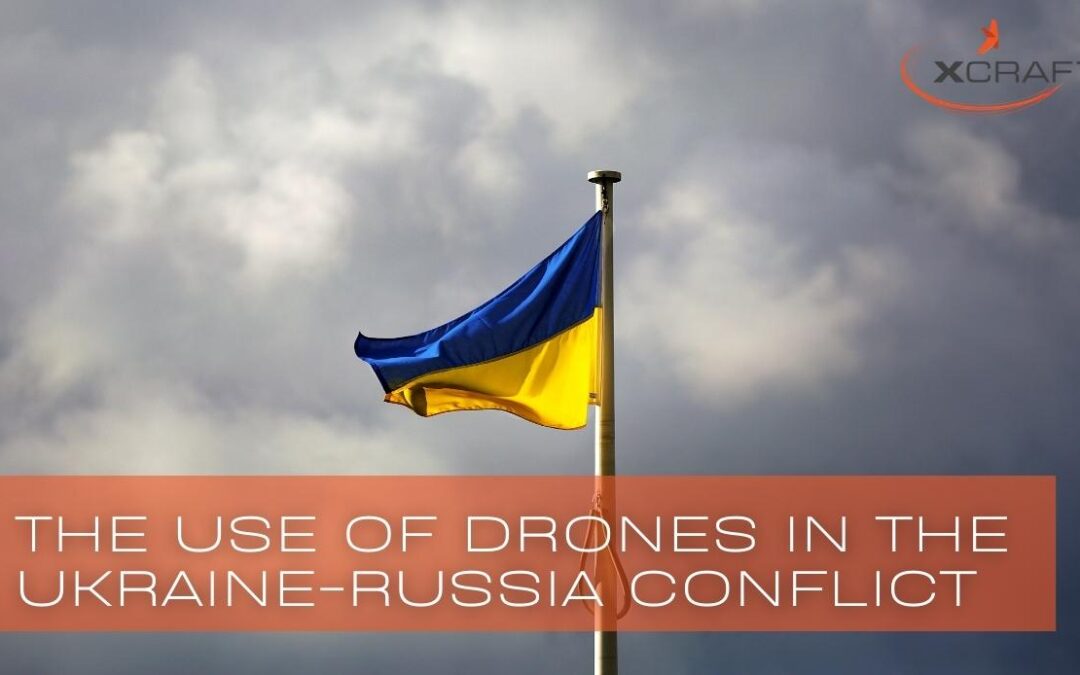 Even a brief history of war must acknowledge that one of the biggest factors in changing the face of war is martial technology.

In ancient times, and for thousands of years, war was a very personal effort, with direct combat being the order of the day. Swords and spears were some of the earliest weapons, and battles were often won or lost by a combination of the size of an army, the extent of its training, the nature of the terrain, and the sheer will to win. As time progressed, however, weapons also progressed, and war, to a certain extent, became defined less by the nature of the men involved than by the nature of the weapons involved.

A country’s relentless efforts to acquire power and wealth have often depended upon the weapons at its disposal, and the course of history has been shaped by such innovations as the use and training of warhorses, the invention of the longbow, and the building of triremes and siege engines. In more modern times, muskets and cannons have given way to highly sophisticated firearms, tanks, jets, bombs, torpedoes, and missiles, all assisted by radar, sonar, GPS, laser guidance systems, and satellites.

The most recent war, the conflict between Ukraine and Russia, has made it clear that a new weapon is a primary player in modern warfare: the drone. Although drones have been used tactically in recent decades, the Ukraine-Russia conflict can reasonably be claimed as the first major modern war in which drones play a central role and one that both sides are depending upon to give them an edge.

How UAVs are Being Deployed in the Conflict

Unmanned Aerial Vehicles or Systems, commonly referred to as UAVs, UASs, or drones, have numerous uses in war. In general, these drones are not the multi-rotor drones commonly associated with recreational and even industrial use, although those, too, have played a role in the current conflict. The drones being used are either a type of compact pilotless aircraft or UAVs that are similar in design to guided missiles, but with more maneuverable flight capabilities.

Even one decade ago, military drones were fairly exclusive, used by the United States and other larger military powers. However, advances in technology, spurred not only by the advancement of drone technology for military use but for civilian commercial use, have made UAVs accessible to less powerful nations, as well as to insurgent groups, terrorists, and even individuals. UAVs are changing how war is carried out, largely due to their unique capabilities and versatility of drones.

Drones are highly portable and can be deployed almost instantaneously in the field. Drones have been developed that have longer flight times, greater maneuverability, greater speed, and the ability to carry larger payloads. The equipment that can be attached to drones has also become more sophisticated, too, including high-resolution cameras, FLIR, chemical sensors, and LiDAR, in addition to a variety of munitions, from bombs to warheads.

UAVs can be controlled by hand-held tablets and connected to satellites for long-distance communication. Today’s drones are not only effective for carrying out reconnaissance and surveillance tasks, but drones can be used to geo-locate targets, guide artillery strikes, and even deliver laser-guided bombs. Drone camera footage has also given the world a first-hand look at the devastation of war.

Anti-drone technology is also changing. Drones have had the advantage of being able to fly at low altitudes and their small profile used to make them difficult to detect. But as drones have become more ubiquitous, systems intended to detect UAVs, shoot them down, and jam their communications have also become more sophisticated and effective. This, in turn, has prompted the call for the development of drones that can detect and destroy radar tracking sites, and stealth drones that cannot be detected.

The efficacy of drones to carry out warfare is almost too obvious. It is much easier to train a soldier to operate a drone than to fly a jet, and drones are readily replaceable. Military might is even less manpower-dependent than ever before, and the fact that both Russia and Ukraine are investing heavily in drones is proof of this. At the moment, it is not completely clear which side has the advantage, and the outcome may well depend upon drone technology.

At the beginning of the war, Ukrainian forces depended heavily upon – and had great success with – Turkish-made Bayraktar drones. These drones are able to carry a munitions payload and were used to attack Russian ammunition dumps in unmanned bombing raids. Unfortunately, these drones are expensive and slow, and Russia quickly developed the ability to bring down these UAVs, essentially nullifying their effectiveness. At present, it is estimated that the lifespan of a Ukrainian UAS in this war is about one week.

The need for drones is so critical that Ukraine has sought out foreign military assistance specifically in the form of drones, even creating a crowd-funding campaign to purchase 200 military drones. The United States has reportedly already supplied Ukraine with over 700 Switchblade drones –  “kamikaze” drones equipped with tank-piercing warheads. The U.S. is also supplying over 100 of the more mysterious Phoenix Ghost drones. Whether these will prove decisive or at least offer Ukraine a strategic advantage remains to be seen.

On the other side, recent news reports indicate that Russia has entered into an agreement with Iran to be supplied with Iranian-made Shahed-136 drones. These, too, are kamikaze drones, and the fact that Russia is seeking increased drone resources may indicate that it is attempting to continue this war with less reliance on ground troops. It is also indicative that Russia’s own drone technology is not far advanced. This new potential alliance between Iran and Russia, furthermore, presents a worrisome prospect for western countries looking toward the future.

This cursory summary barely scratches the surface of how drones are being employed in the Ukraine-Russia conflict. Further, it is apparent that the use of drones in this war will have impacts far beyond the immediate conflict. UAVs have changed the nature of war forever. As drone and anti-drone martial technology ramp up on themselves very rapidly, it is unclear where the technology will ultimately end. But already, UAVs give combatants the capability to destroy untold numbers of enemy personnel, supplies, munitions, and facilities quickly, easily, and remotely. UASs are easily replicated and relatively inexpensive and simple to manufacture and operate. This has sobering implications for the future of warfare.

Technology is always a two-edged sword. Innovations developed for warfare have yielded tremendous benefits to mankind, from nuclear power to jet engines to GPS mapping. How we use these technologies is always a choice, and our future depends upon the mass of mankind making the right choices.

xCraft manufactures multi-rotor drones for industrial and defense uses, and envisions a future in which the beneficial uses of drones can make human life better, cleaner, and safer. For more information about our drones, contact xCraft today.