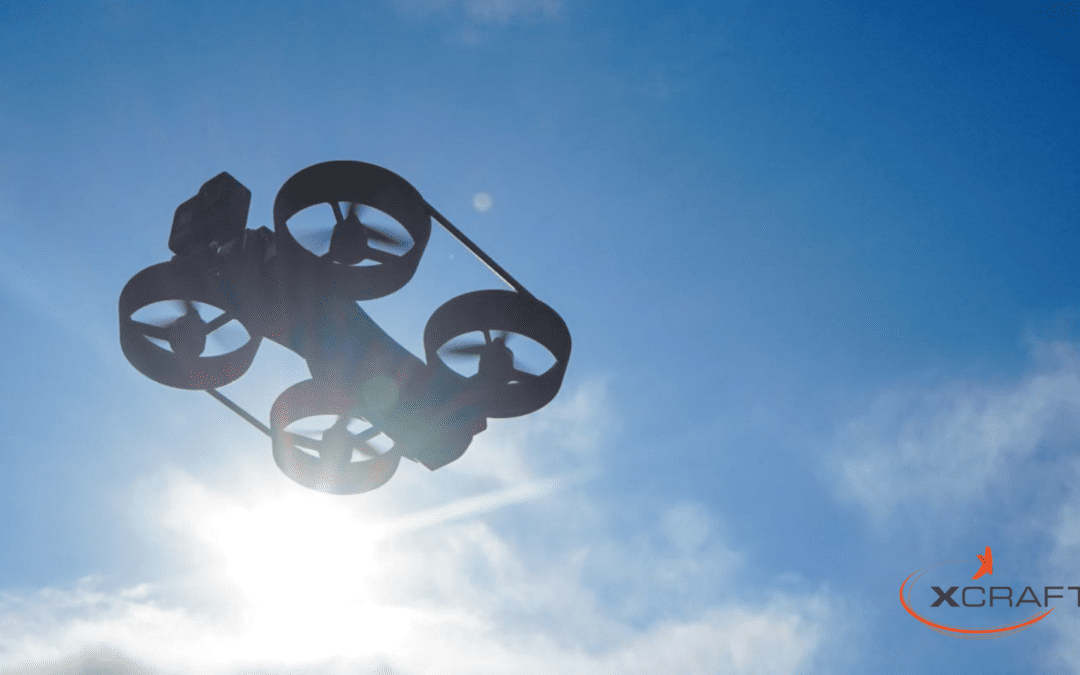 From a very early age, JD Claridge had his head in the clouds. With a passion for flight and flying things, JD was building model aircraft and affixing wings to his toys as early as 5 years old! His passion led him to study Aerospace and Electrical engineering in college. In Elementary school, JD would sell candy to classmates to earn money to support his aircraft hobby. This led him to discovering his second life long passion – entrepreneurship.

After more than a decade working in and on airplanes, xCraft was born out of passion for flight and a desire to change the world.

In 2013, JD had a revolutionary concept that would go on to disrupt the $27 billion dollar drone industry and he had all the right contacts to get the job done. JD worked with Charles Manning, CEO and founder of Kochava, a leading mobile app analytics platform, to launch the business. That year, JD began developing the first few prototypes in his garage.

The XPlusOne, xCraft’s first drone, was launched in the summer of 2014 with help from a dedicated team of interns and engineers. The XPlusOne was a first of its kind, VTOL (Vertical Takeoff and Landing) aircraft built to take off and land easily and transition to horizontal flight for high-speed, long-distance flight.

XCraft launched the XPlusOne on Kickstarter in 2015 and raised $150K in their first campaign. From Kickstarter, xCraft was picked up by the producers of ABC’s SharkTank, where the xCraft team landed a record breaking deal with all 5 Sharks.

While xCraft bootstrapped through Kickstarter, they found themselves selling directly to consumers, but the long term goal was always to enter the commercial drone market.

There are tremendous benefits to drone use in Agriculture, Surveying & Mapping, Security & Surveillance, and Utilities. In fact, many use-cases have yet to be discovered for those industries.

Since its inception, xCraft has been on the front lines of development and integration between drones and the commercial sector. They continue to advance the drone industry when it comes to solving issues around flight-time, payload, autonomy, and surveillance capabilities.

Through years of Research & Development, and many long hours put in by incredible team members, xCraft has entered the commercial market and has assisted teams around the world, building aircrafts to suit each use-case.

Through it all, JD Claridge credits the various team members that have helped make xCraft what it is today:

“I always remind my team, the only failure is to quit, and they’ve taken that upon themselves to never stop developing our products and creating the best solutions for our customers. I’m continually humbled and honored to get to work with this team.”

With so much on the horizon, it’s safe to say the xCraft future is flying high.

To learn more about xCraft and the team behind the drones, send us a note at social@xcraft.io, or visit us on Facebook or Instagram.

Did you know you can become an investor in xCraft? Be a part of the next generation of drone technology by investing in our Start Engine campaign today!