xCraft Partners with T-Mobile: The Sky’s the Limit! 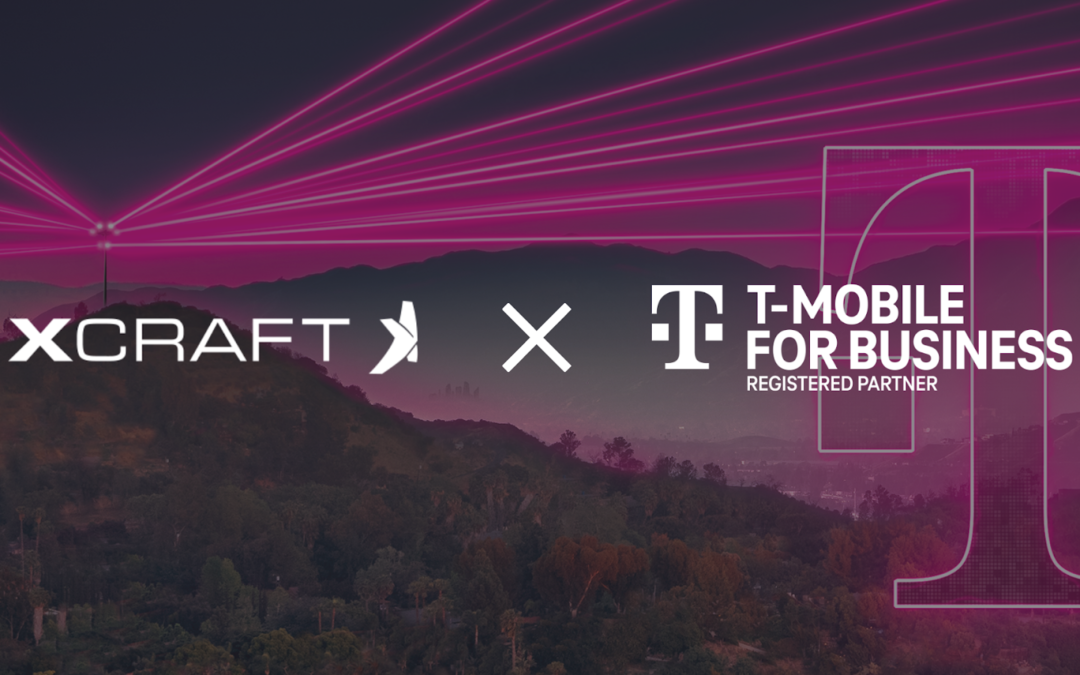 xCraft Enterprises, “America’s Drone Company”, has entered into a partnership with T-Mobile as part of T-Mobile’s Business Partner Program. As a result of this partnership, xCraft is broadening its offerings to include 5G services for enterprise, public safety, government and other key business segments. xCraft believes that its UAS solutions combined with T-Mobile’s nationwide 5G network will create manifold broadband opportunities for businesses around the country and around the world.

xCraft Co-Founder and CEO JD Claridge is excited about the expanded possibilities for both T-Mobile and xCraft as a result of the partnership: “It’s going to be a great ride as we offer customers enterprise-grade wireless solutions paired with our world-class drones.”

Since xCraft invented its first drone, the XPlusOne, in 2014, xCraft has steadily expanded its product offerings to include a broad range of UAV’s for public safety, mining, construction, surveying, and defense applications, and is continuing to innovate for other industries and other applications.

The technology for building UAV’s and UAV components is advancing swiftly, allowing xCraft to make significant strides in improving the flight time, speed, and payload capacity of UAV’s. This, coupled with technological advances in imaging, sensing, material distribution, geolocation, and other technologies that can be utilized by drones means that drones are becoming an integral part of how a vast number of industries operate.

All of this makes the partnership between xCraft and T-Mobile very exciting, as xCraft’s drones will be able to operate in full compatibility with 5G communications technology.

5G technology really ups the ante for drone capabilities. Under less robust communications technologies, drones have to rely upon point-to-point communication links, which can occasionally result in signals being lost–which means that drone pilots cannot operate their drones optimally.

But with 5G’s reliability and reach, communication between drones and ground pilots will be seamless, critical for real-time camera feeds. xCraft’s UAV’s will have the capability to respond more quickly to commands, even when working in crowded environments where communication avenues might otherwise be congested, and even in situations in which drone pilots are unable to maintain line of sight. This gives drones a greater effective range for carrying out critical functions. This technology also enables drones to operate in GPS-denied spaces by relying instead on camera information to accurately pinpoint where a drone is in real-time.

xCraft’s partnership with T-Mobile carries tremendous promise for expanding the utility and reliability of xCraft drones for mapping, inspection, surveillance, and reconnaissance across a broad spectrum of industries.

To learn more about xCraft’s partnership with T-Mobile and how we are pioneering drone capabilities, contact xCraft today.